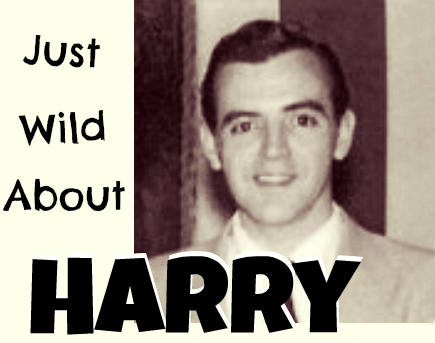 Fallsers know him, but unless you were born here or happen to collect Big Band records, the name “Harry Prime” might’ve slipped under your musical radar. What a shame.

UPDATE June 17, 2017:  Harry Prime passed away Thursday, June 15, 2017. Born on March 5, 1920, Harry spent his final years with his family in Pennsylvania. He was a graduate of St. Bridget’s Elementary and Roman Catholic High School. Services and interment will be private at the request of the family. After a sold-out concert at Hohenadel House in 2014, Harry last performed for friends and neighbors at Epicure Cafe in East Falls, 2015.

ORIGINAL POST September 19, 2014: Hometown legend Harry’s voice is heavenly. Find one of his old Tommy Dorsey or Ralph Flanagan tunes on YouTube — “Until,” for instance or “Nevertheless.” He’ll blow you away. He’s warm but deft at the mic, showcasing the music and words. Selling it. With style, like they had in spades back then.

He never lost it. When he gave up touring in the late 1950’s, he spun his favorite records on Philadelphia’s WCAU for awhile, but his love of performing prevailed. He scored a regular gig singing at the restaurant in his apartment building, the Roasted Pepper in Chalfont. For seven years he enjoyed the spotlight there, until the business was sold & its new owners bounced him.

Harry was devastated — he thought his music career was over at 89. Then an old keyboardist friend talked him into hitting the road once more, this time on a much smaller scale: instead of the criss-crossing the country in a tour bus, they’d visit the Philadelphia-area retirement community scene, filling condo lobbies and cafes, playing hits they knew by heart.

Five years later, though his buddy’s moved to Florida, the show goes on for Harry. He’s got a new accompanist now, with a computer, yet. His audiences have been smaller (and less dance-y) these days, but for Harry, performing is time travel.

He might be slower taking the stage, his legs not quite as steady. Macular degeneration‘s left him mostly blind but when he hears that great old music play, he’s a young man once again. Singing his heart out about love, loss, romance and dreams.

Close your eyes, it’s like listening to an old record. Open them, and you literally see music perform a miracle: this man who is almost a hundred years old suddenly crackles with energy. Once voted the 18th-best singer in the country — ahead of Eddie Fisher and Dean Martin — Harry’s enduring talent is awe-inspiring: no voice in its 95th year should be so rich and nimble.

Between numbers, Harry works the crowd, breaking bittersweet jokes about his age and sharing memories of his youth at Conrad & Bowman. His eyes take on a special glimmer when he shares tales from the road, including wild all-nighters, crazy pranks and scuffles with bandmates.

You need to see this guy now. Not just for this rare opportunity to catch one of our country’s last great Big Band singers but for the sheer spectacle of a nonagenarian somehow at the top of his game, still.  No exaggeration (and in the best possible way): Harry Prime is a freak of nature.

If you’ve ever been bummed at hitting a “milestone” birthday, Harry’s living proof that age is just a number. Take your parents, your Nana, your hypochondriac bestie who never stops complaining. Watching Harry perform will change the way you look at aging: growing older might not be optional, but getting old is. Find time to see him; make time.

Harry Prime’s nightclub-style performance is the centerpiece of a non-profit Open House by the owners as a special thanks to neighbors and community organizations who’ve welcomed and supported their efforts. Proceeds benefit the East Falls Historical Society and East Falls Community Council, who are organizing period-appropriate staging and a “pop-up” museum of local photos, mementos and artifacts.

“Sip Back in Time” with an Authentic East Falls Brew

John Hohenadel was a local beer baron whose family built a small hoppy empire on Indian Queen Lane. It’s been over 50 years since anyone’s tasted his brewery’s signature beer, and now, for one night only — We’re bringing it back!

Seems we never know what we’ve got until it’s gone. Come celebrate the return of three very special local throw-backs coming out to shine together for One Night Only. One thought on “Prime of Life”