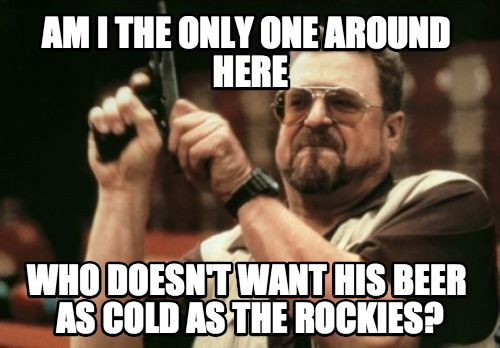 Long before craft beer went mainstream, there were highly talented brewers like Farrell who were dedicated to local ingredients and historical brewing methods that had almost been lost when Prohibition wiped out hundreds of breweries.

Farrell, a French-trained chef, opened Dock Street Brewery in Philadelphia in 1990. The all-grain brewery was the first in Philadelphia since Prohibition. As Head Brewer, he designed over thirty different beers. His distinctive creations earned him admission to the prestigious Master Brewers of America Association, the first pub brewer ever to receive that honor.

He’s also been a two-time judge for the Great American Beer Festival and has won a silver medal for his American Cream Ale in 1992. Farrell believes that cream ale, like the Hohenadel Lager, is often underestimated by craft beer drinkers who judge beer on its hop content alone. Beer brewers, however, can appreciate the high degree of skill required to make such “lighter” beers.

“Cream ale is a complex style,” Farrell maintains, “There are many components to balance and little room for errors, since the malt and hops are used with a light hand and any technical flaws will show.”

To sample a beer with similar finesse, come on out and judge our recreated Hohenadel Lager for yourself on Saturday October 18th. In the meantime, check out Farrell’s  website with engaging video demos and a whole schedule of cooking classes. Wagner’s name is so synonymous with historical brewing, when we were looking into the possibility of recreating the Hohenadel Lager, “Did you ask Rich Wagner?” was a frequent question.

Indeed, he’s author of the first modern history of Philadelphia brewing, “Philadelphia Beer: A Heady History of Brewing in the Cradle of Liberty” (which includes a section on our Hohenadels, of course, as well as other regional brewers).

Wagner began homebrewing in 1983. He interpreted the colonial-era brewing process at Pennsbury Manor in 1990 using reproductions of period equipment. Three years later he worked with a cooper to construct his own tubs and put together a brewing system.

He often demonstrates his equipment and techniques at various festivals and historical society events. He has also documented hundreds of brewery sites in Pennsylvania , many of which were defunct and would be lost to history without Rich’s efforts.

Rich attended the Siebel Institute of Technology in Chicago , where he received a diploma in brewing technology. He is also an officer in the Philadelphia chapter of the Master Brewers Association of the Americas.

You can learn more about Rich, and Pennsylvania ’s deep tradition of brewing history, at his website.