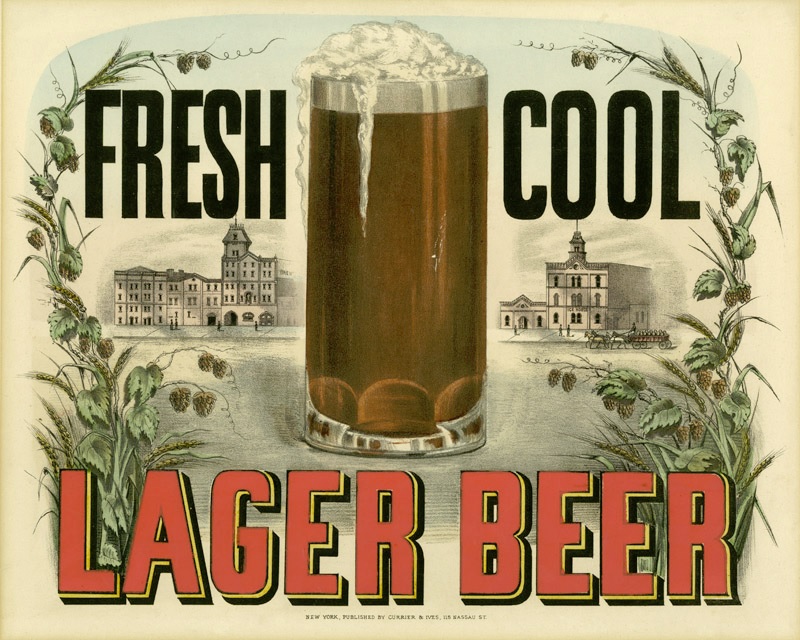 In its heydey, Hohenadel Brewery produced seven different beers, including Indian Queen Ale, Rival Porter, and even a “Health” beer that claimed to be “Approved, Recommended and Endorsed by U.S. Health Bulletin for Absolute Purity, Free from Adulterations“ — big whoops, there.

In 1916, the PA District Attorney charged John Hohenadel with “misbranding,” and fined him $100. Poor John! Sounds like he was just trying to market his own spin on the 15th century Bavarian Purity Law, the “Reinheitsgebot,”  that regulated only three ingredients could be used in the production of beer: water, malt and hops.

Way back when, such legislation was helpful for taxing & pricing purposes, and the people grew to appreciate a virtual “guarantee” of their daily beer’s consistency (and lack of specious fillers/preservatives like stinging nettle and psychoactive mushrooms).

That was probably what John Hohenadel was shooting for, with his “Health” beer: A pure, basic beverage, hearkening back to simpler times, before urbanization sooted everything over and turned the Schuylkill black with textile dye. German brewers are proud of their purity law, which holds all German beers to the same stringent standards, ensuring quality and consistency.

As you’d expect, with such uniformity, many local brewing traditions and unique regional beer styles disappeared after the Reinheitsgebot was enacted. But German brewers got creative, developing different strains of hops, malts and yeasts — they also varied the brewing process, and changed up their kegging barrels.  Today, a thrill-seeking German beer aficionado can choose from hundreds of different spins on this ancient original recipe, available all over the world. This Fall, we’ll be recreating Hohenadel’s flagship brew, the 1850’s German lager – which had only just arrived in America, thanks to Bavarian Brewer and entrepreneurial scofflaw John Wagner.

Lager vs Ale — What’s the difference?

Strictly speaking, every beer is either a lager or an ale:

Lagers are bottom-fermented, thanks to a special strain of yeast developed by Bavarian monks in the 1300’s who also invented a careful cold-storage strategy (literally “lagering the beer”) to create a light, crisp beer with generally less kick.

Until the mid 1800’s, colonial brewers could only brew ales because during this time Bavaria had a monopoly, of sorts, on lager. The public loved its clean taste & drinkability, and the monks who made the beer were rightfully protective of their comfy position at the top of the Supply & Demand chain.

These monks were serious: punishment for trying to smuggle hops, yeast — even just a recipe — out of their jurisdiction was punishable by death! That was in Bohemia, by the way, where the Bavarian lager yeast met up with Zatec Red hops  (and the area’s super-soft spring water) to create what are arguably the world’s finest Pilsners, the most popular style of lager today.

So in 1840, John Wagner smuggled some of this highly-coveted (and illegal to transport) lager yeast with him when he immigrated to Philadelaphia, where he started a new life at 455 St. John Street near Poplar. He brewed the continent’s first lager in batches of eight 31-gallon barrels (about a small brewpub’s worth), aging it in the cellar behind his house.

YUM! Light, refreshing lager spread like wildfire from Philly, up and down the coast, and out from there. Different styles, including helles, dunkels, bocks… even a knockoff of a Czech-style Pilsner, the likes of which would’ve enraged off those Bohemian monks, no doubt (they even stole the name!).

By the early 20th century, lager would be the most popular beer in the New World, as well as the Old. And every American lager you drink has Philly roots. Even those stomping Clydesdales, silver bullets and mysterious “33s”.

So cheers to us and the scrappy, authority-skirting spirit that freed our Nation from its hundred-year “ale rut” at last!

And let’s remember to raise a glass to John Wagner, too — thanks for smuggling that yeast, buddy. Hope you didn’t have to stash it anywhere too uncomfortable to get it here.