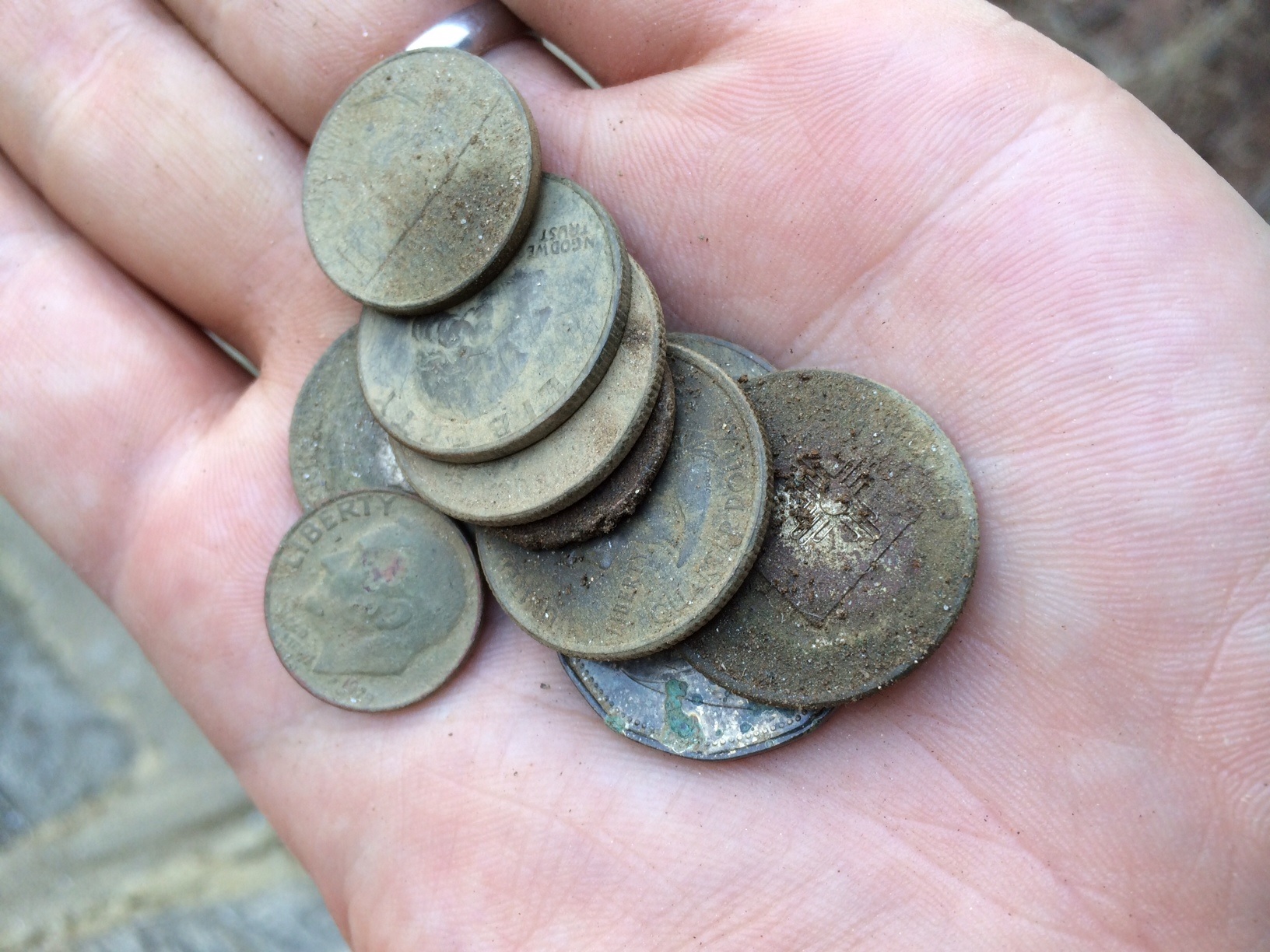 Well whaddaya know.  1964 is a big year for coin collectors.

I’ve pocketed TONS of street change over the years, and every quarter seemed pretty standard.

Every dime & nickel. The pennies, sometimes you’d find one of those “One Cent”-ers that are kinda old but worth, like, three cents instead of one, big whoop (still, I save them in a box so whatever).

Anyway, I’ve always figured that if I found a collectible coin, I’d know it was worth something cause it’d look different than regular coins in circulation. The “Indian Head” penny. The Kennedy half dollar. Anything printed funny or off center.

Otherwise, regular-looking coins would get a date-check for personal relevance (the year I learned to drive, a friend’s birth date, etc), and then into my change jar they’d go. Kinda cringing, now that Jason filled me in about 1964:

Any United States dime, quarter, half dollar or dollar dated 1965 or earlier is made of 90% silver.  After that, these coins are copper-nickel clad (if silver is used at all, it’s just a little bit in the facing).

The value of these older-than-1965 coins, then, is tied to weight & market value of silver & blah blah blah, point is:  A really shiny 1964 quarter these days could fetch like three bucks! And possibly earn me some bragging rights, so…

My tally:  three 1965 quarters, two bicentennials (but neither with the “S” that means they’re silver, bummer).

The real score though here, I think, is Jason’s handy little factoid about US silver coinage. Dog walking has gotten a bit more interesting, now that we’re keeping our eyes peeled for 1964…

Meanwhile,  Jason did his own tally this weekend, after his first pass on the property:  a few modern coins and some rusty metal razor blades, yikes! (evidently, one home owner perk about history hunting is that it often includes trash removal) Jason’ll be back soon for one last sweep, stay tuned for more updates and demos… One thought on “Metal Detecting — Old Coins in a New Light”