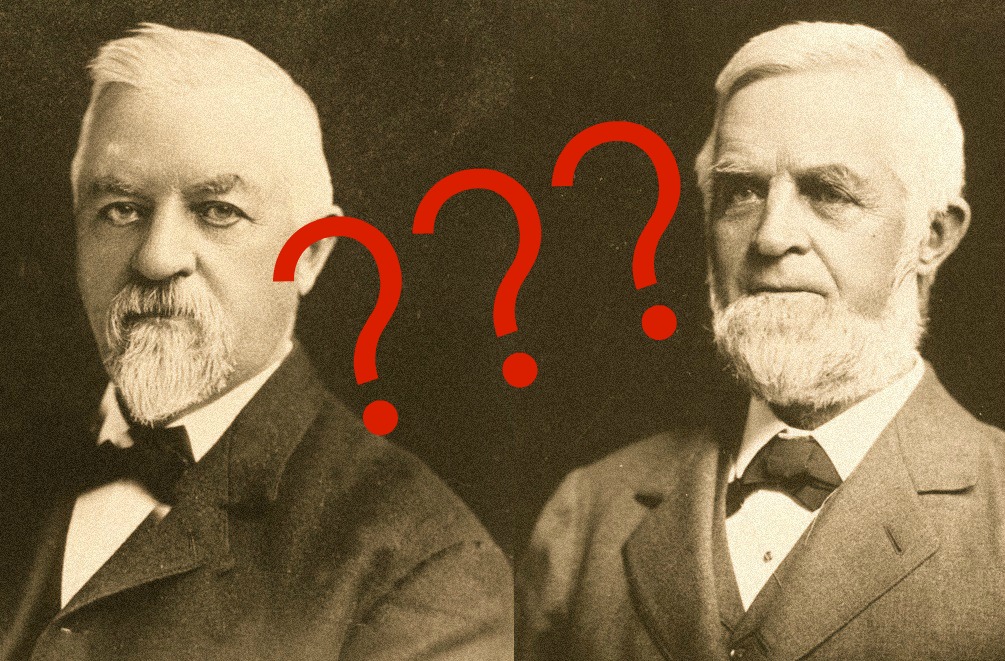 Funny thing about researching historical documents — tracking them down is just the first part of the puzzle. The easier part, at that. Sure, if you knock on enough doors, eventually you’ll find a wonderland of musty old bindings with quilled lettering that makes your eyes cross, helpfully providing facts that only lead to more questions. Ouch! It’s like one of those paintings where you have to blur your eyes and wait for images to come into focus.

The most surprising finding is, oddly,  what’s missing:  the Dobsons — the supposed original owners of Hohenadel House.

But a man named “Amos Ellis” appears to be the original owner on the deed. At least, that’s what this 1851 document seemed to indicate at first glance. Looks like some sort of deal with Charles F. Abbot, a Boston cotton goods manufacturer who moved here in the mid 1800’s to become a major land owner/developer in East Falls (responsible for the Queen Lane Reservoir).

But while the document was found along with other deeds — closer investigation of the archive reveals a random collection of real estate chicken-scratch from more than a hundred years ago. Whatever it is, that entry is the earliest document we could locate on the property. You’d expect the name Dobson to be on it somewhere, if they’re the original owners, right?

Yet the name “Dobson” seems suspiciously absent. Neither John or James of the famous Falls of Schuylkill woolen mills (commonly known as “Dobson Mills”).

One thing is clear: this isn’t a deed. The loopy scrawl above indicates Amos Ellis was a brick maker from a Spring Garden (who evidently became quite successful; it appears his estate was valued at more than $100,000 at the time of his death — equivalent to at least $2 million in 2014).

So were bricks that big business back then? Or maybe he was a builder, as well?

His name appears in multiple land deeds/property notices. And construction does seem a likely way for a brick maker’s business to expand.

Perhaps the “deed” we found records Abbot’s down payment for a house to be built on his Indian Queen Lane property? Looks like he put down $550, about ten percent, using Samuel Sloan’s pattern books as a guide (about $5000 for a comparable brick Italianate villa).

So Abbot’s name was connected to the property from this 1851 Ellis – Abbot document up to an 1875 Hopkins city atlas map: But did he live there? According to the book East Falls: 300 Years of History, Dr. John Knight Uhler lived in Hohenadel some time after 1855 until about 1869: “Dr. Uhler opened an office at Peter Schronk’s house in 1855 but later he moved to Indian Queen Lane, into the Hohenadel house.”

But Dr. Uhler didn’t live there long. The entry adds that in 1869, he then “bought the Smith mansion from John Dobson” — there’s our Dobson, but unfortunately he’s across the street!

So what gives? Is there a Dobson connection to Hohenadel house or are we myth-bustin,’ here?