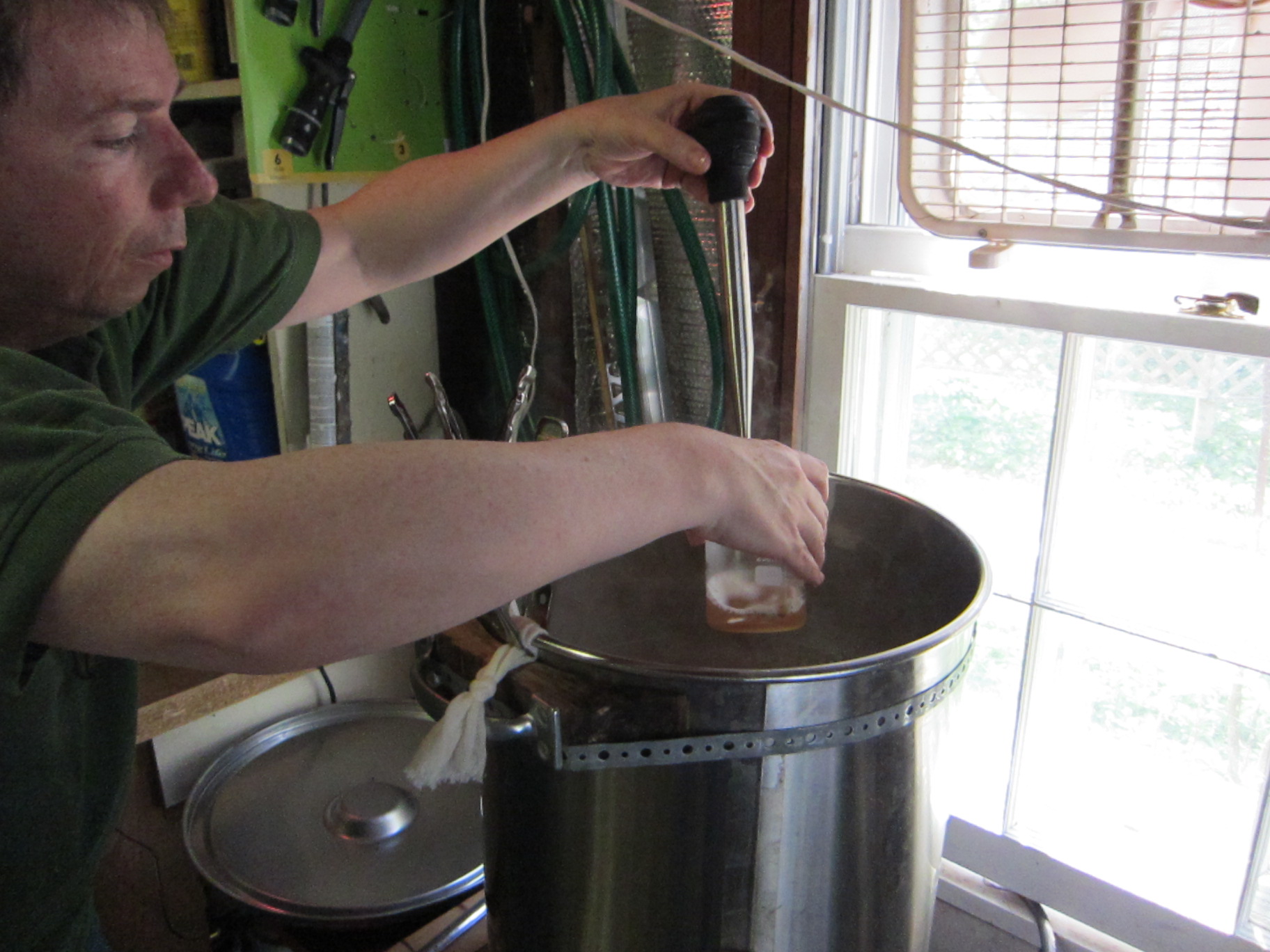 Our Q&A with Tom Coughlin, the brewer behind the Hohenadel lager:

How did you get started in home brewing?

It took place in stages and began back in the 1980s.

In the 1980s I dropped out of college and I worked at a neon sign shop that did a lot of work for beer companies. At that time, the people who were the reps for Anheuser Busch all knew that craft brew would arrive one day, and then the party would be over for them, but they weren’t sure about when or how it would happen.

So they were very enthusiastic about craft beer because they knew that would be the next big thing. Whenever we met with the sales reps, they’d open bottles of nascent craft beers of the 80s. New Amsterdam, Samuel Adams, and beers like that. One thing about the old guard, they loved beer. And Anheuser Busch guys really loved beer. That’s when I became aware of craft beer.

In 1995 I was working in Newark and riding the train with a friend of mine who was a homebrewer. He’d take me through the entire process during our commutes. His name was Steve and he was the first beer judge I’d ever met.

He was an incredible enthusiast at a time when it was difficult to get good ingredients and equipment and make a good brew. They didn’t buy homebrew kits like people do today. A lot of their equipment was cobbled together and repurposed. For instance, they were fermenting in plastic buckets, which, by the way, was a very messy operation since beer would get all over the place. I sat in on their brews, but I wasn’t ready to brew yet. I would go to homebrew club meetings and bring beers and just hang out with the brewers.

I didn’t really get into homebrewing seriously until I met Scott Bickham, who is a very important person in the homebrew movement. I met him at a homebrew meeting in upstate New York, where my wife and I were living at the time.

Scott pulled a beer out of his coat pocket that he’d been smuggling around like a homeless person and asked me to try it. It was the best lager I’d ever had in my entire life. I knew when I tasted that beer that I’d be a home brewer. But I was busy in graduate school and didn’t make my first batch until about 2004.

What was your first beer?

How did it taste?

It tasted great to me at the time, but since then I’ve become a BJCP (Beer Judge Certification Program) judge and I’m not so tunneled down. I’ve experienced a wide variety of beers and I know what good beers are supposed to taste like. I’m also aware of the state of the brewing industry.

And how did you get the BJCP certification?

There are classes and exams. It’s similar to a sommelier certification, but for beer.