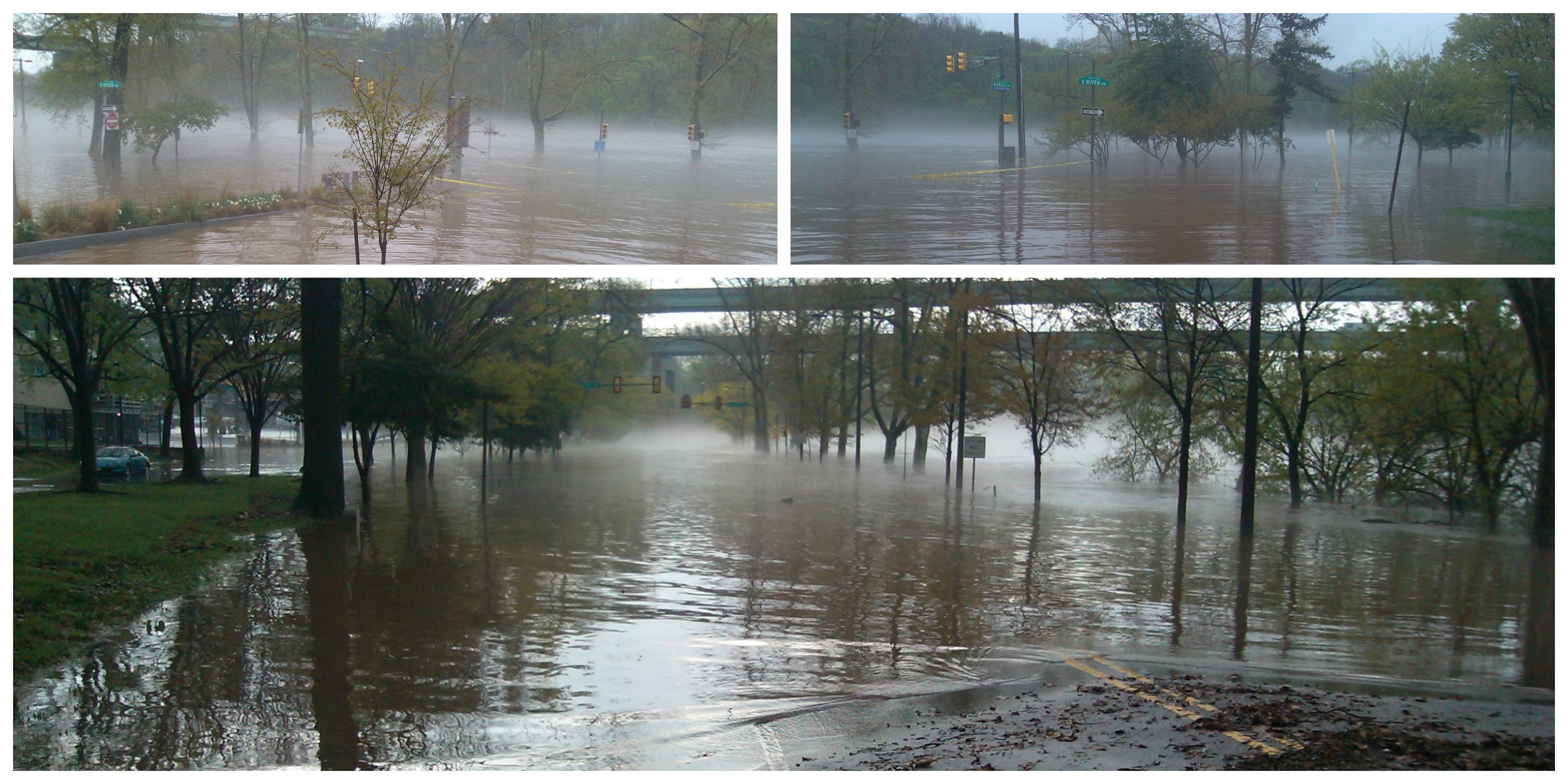 Big spring rains like we had earlier this month often flood the Schuylkill River, making for great photos of submerged roads and providing hours of television chatter for teams of meteorologists. Often, such floods are minor inconveniences, causing traffic snarls and driving headaches. But springtime on the Schuylkill in the 19th century could be far more hazardous because of sudden ice thaws known as freshets.

Destructive power of freshets
These flash floods occurred in March or April, when ice sheets covering the Schuylkill began to thaw, crack, and move downstream as ice floes. Occasionally, these floes piled on top of one another, clogging the river at choke points and forming enormous ice dams. The spring meltwater pouring out of the Wissahickon Gorge (and other tributaries) backed up behind the ice dam, causing the river to further overflow its banks. Then, when the ice dam broke, another destructive flood event occurred as the sudden release of ice floes and huge volumes of water swept downriver.

Freshets were particular threats to mill towns like East Falls because they damaged the businesses and factories built over and near the waterways, threatened the dams built to channel the river’s flow, and destroyed bridges. In the Great Freshet of 1822, the Falls Bridge was swept away when it floated off of its piers, according to Charles Hagner. The Philadelphia Public Ledger provides a graphic description of the destructive force of a freshet in 1839:

“The railroad bridge at Spring Mills, about four miles above Manayunk, is entirely swept away…At the foot of Arch street the ice, probably impeded by the bridge, has been carried up to Front Street. The streets here are covered with blocks of ice…the greatest loss is a fine large bridge (at Gray’s Ferry), the spans of which, including 200 feet of the center, have been carried away from its piers. A half mile below the bridge, a house occupied by Mr. Lush, came near being carried away by a schooner. A small house, which came floating down, was secured by him and placed on the meadows below.”

One can imagine the terrified pedestrians on Arch street witnessing something like this.

River traffic endangered
Freshets were also a threat to boat traffic on the river itself. In the 19th century, the river was the Schuylkill Expressway of its day, a commercial route into and out of Philadelphia. As a result, the river was jammed with schooners, steamers, and barges filled with anthracite coal for the mills.

The Public Ledger documented some of the havoc wreaked on boats by the 1839 freshet:

“The schooner Coaster, with 120 tons of coal on board, is lying up on Market Street wharf, a considerable distance from the river…At South street a sloop has been carried up against a stable in Hamms & Co. coal yard; and back of the Marine Hospital several coal boats have been thrown into the street, so as to obstruct the cartway…” Two ships that collided during the “freshet” of May 1894 are jammed against the South Street Bridge. (Courtesy of City of Philadelphia, Dept. of Records and www.Phillyh2o.org)

Necessity and invention
Although the cost in damage and lives of Schuylkill freshets was great, the repeated destruction of bridges did lead to the construction of the world’s first wire-cable suspension bridge at East Falls in 1816. Known as the Spider Bridge, it was built by Josiah White and Erskine Hazard. According to Hagner, they “suspended wires from the top windows of their mill to large trees on the western side (of the river), …from which were suspended other wires supporting a floor of boards 18 inches wide.”