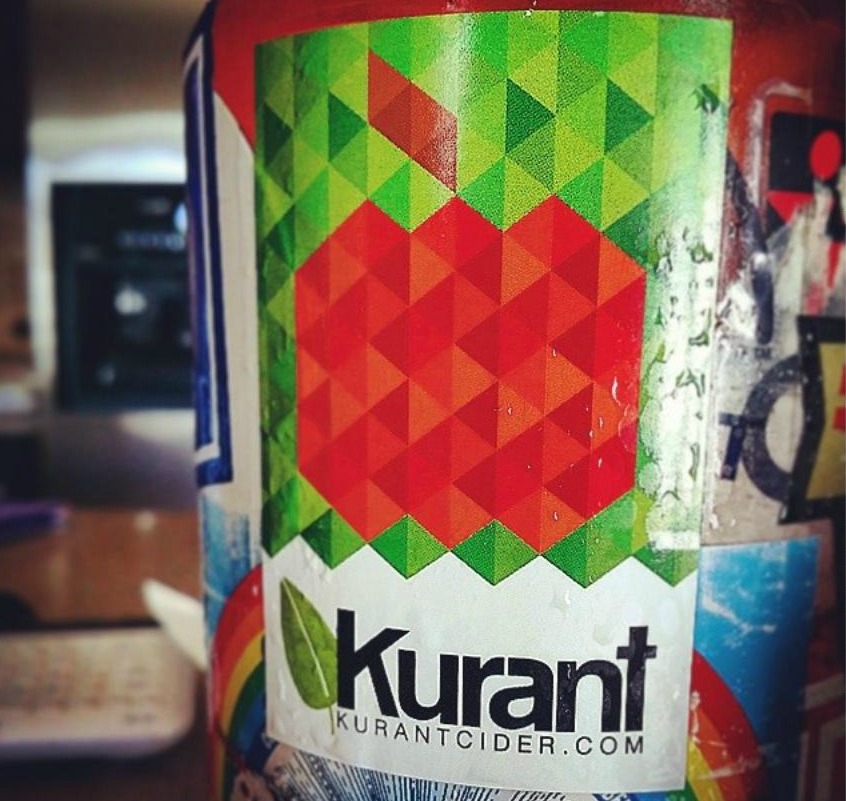 This just in — Hohenadel’s lager and Harry Prime won’t be the only historical effervescence at the East Falls House Party on October 18th. There will be a few special gallons of America’s oldest beverage on tap — hard cider. Joe Getz, co-founder of Pennsylvania’s own Kurant Cider, has kindly donated a batch of his company’s unique brand of handmade, local cider to the cause. Made from Pennsylvania apples, the cider has a semi-sweet flavor with a subtle apple kick. While it may be new to our party guests, the crisp effervescence of hard cider was once the most popular alcoholic beverage in America — far surpassing beer, wine, and whiskey.

New England alone produced over 300,000 gallons of cider a year in the early 19th century and by the 1840s, the average Massachusetts resident was consuming 35 gallons of cider a year. Even the kids were getting buzzed — they drank Ciderkin, a weaker alcoholic drink made from soaking apple pomace (the pulp leftover after the apples were pressed) in water.

Cider may have even swung a Presidential election. When William Henry Harrison ran for president in 1840, cider was so popular that he made it part of his campaign.

He passed the stuff out at rallies while supporters sang, to the tune of “Yankee Doodle Dandy”:

With Harrison our country’s won
No treachery can divide her
Thy will be done with Harrison
Log Cabin and Hard Cider!

Of course he won by a landslide. But cider’s popularity soon waned. The influx of German and Eastern European immigrants in the mid-19th century spelled the beginning of the end for cider as our nation’s favorite drink. In addition to their love of smelly food, guns, and funny pants, the Germans loved their lager.

And beer could be easily mass-produced, while cider relied on cultivation of apple orchards that could take years to bear fruit. It wasn’t long before cider was relegated to small family farms while brewers like John Hohenadel were producing thousands of gallons of delicious lager, porter, and ale.

Although beer quickly gained the upper hand, both beer and cider suffered from the same scourge not long after — Prohibition. Unlike cider, beer was able to overcome the temperance zealots and return (unfortunately, mostly as a pale, thin, watery ghost of itself).  It would be almost 70 years before the specter of cider returned!

And now, according to Joe Getz, it’s at a place where craft beer was in the 90s: a wide-open space with not much competition and plenty of creative latitude to experiment with flavors and ingredients.

And Kurant isn’t shy about experimenting. Co-founders Getz and Michael Meyers plan to offer a line of ciders aged in many types of casks, including whiskey and brandy barrels. They’ve embraced unusual ingredients, like pineapple, pumpkin, and hops. Yes, hops. Their dry-hopped recipe produces a cider that is infused with the floral notes, but not the bitterness, of hops. It’s the kind of experimentation that would’ve made a Hohenadel brewmaster proud.

We’re proud too to have a pair of America’s most historical beverages under one roof, with one of the Big Band era’s biggest names, Harry Prime, to keep the place swinging. So come on out and meet our historical homebrewers while enjoying a glass or two of our country’s long-lost beverage (and its almost-lost beer style, lager, currently experiencing a resurgence of its own after decades of hop-mania) at the East Falls House Party on Saturday October 18th.