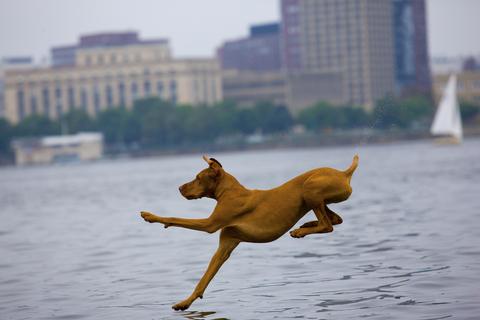 July 3rd through August 11:  The “dog days” of summer. These sticky, stagnant couple of weeks when the weather seems aggressively hot. Greenery takes on a yellow tinge of drought, the family dog refuses his afternoon walk and humans everywhere hunker down in dark, air conditioned homes…trying to move as little as possible until the sun goes down.

For most of us, the dog days are mostly just an inconvenience. But before air-conditioning, hot weather could kill! A recent study comparing heat-related deaths to daytime temperatures from 1900 to 2004 showed a startling 80% drop in 1960, the year air-conditioning became common in U.S. homes and businesses.

Before air-conditioning, about 3600 premature deaths annually could be attributed to days when the temperatures rose above 90 degrees. You could literally die of weather!

According to Clavis Calendaria (an 1812 calendar study by Londoner John Brady), the “dog days” were named by Ancient Romans who looked to the heavens and saw the remarkably brilliant star Sirius appear to break out of the sun itself, into the constellation Canis Major (aka “Great Dog”). This astronomical curiosity happened to occur during the hottest weather of the year, which seemed to suggest that a giant sky dog was responsible for sweltering Summer temperatures.

‘Twas was an evil time when:

“the sea boiled, the wine turned sour, dogs grew mad, and all other creatures became languid; causing to man, among other diseases, burning fevers, hysterics, and phrensies.” People kinda feared Summer, back then. In fact, when Sirius first appeared, the ancients sacrificed a brown dog to try to appease what they assumed must be rage from above, responsible for tortuously hot temperatures.

Sounds crazy but wasn’t all that long ago, when local newspapers blamed Philadelphia’s stifling mid-summer heat and humidity for all sorts of mad behavior, including suicides — both human and canine.

The popular term in the press was “heat dementia”: How they figured heat dementia made dogs suicidal is a mystery to us, but The Philadelphia Times ran a story on the front page of their August 13, 1900 issue about a heat-crazed canine:

Ouch. Fortunately, the dog days aren’t so bad for today’s dogs. At least not the ones we know.

Novi and Stout get out! Well look who’s got a brand new back yard! After being penned up temporarily on the 3rd floor while contractors tromped through the house, Novi and Stout, the Hohenadel dogs in residence, finally have a place of their own. Thanks to Ryan and Sean’s handiwork, the new fence completed the dogs’ green wonderland. According to the latest reports, there’s been much sniffing and tail wagging. No signs of suicidal tendencies either.

And don’t forget these guys: This happy, attractive bunch (and their owners, members of the East Falls Dog Park Committee) are out on their weekly dog walk. If you want to join them, they meet at 9:30 AM on Sundays at the War Memorial in McMichael Park.

Finally, we’re not sure if this last report is officially “heat dementia” or just “boys being boys,” but it’s pretty funny all the same. From the Philadelphia Public Ledger July 13, 1854:

Let’s hope the cops got that one covered.