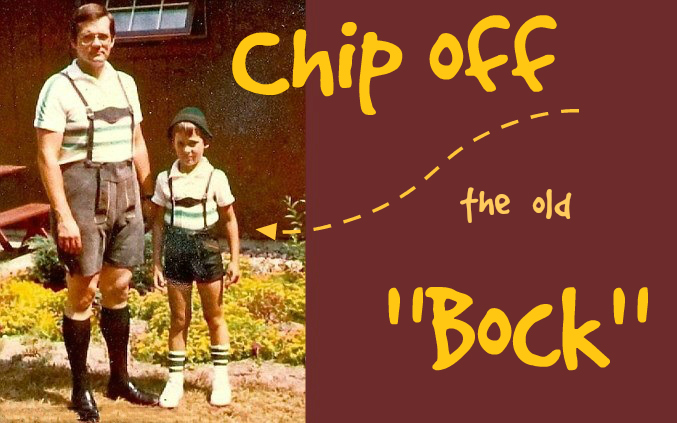 Keeping your Hohenadels (and their breweries) straight when you dig into historical records can be a bit confusing. The family had a thing for naming their sons John, though not all were in the brewing business.

One was a successful machinist who turned down a chance to run the family brewery when his father, the Reverend John Hohenadel, died. That opened the way for a relative, probably a cousin, John William Hohenadel, to take over the brewery — which was also a tavern, hotel, dancehall, and restaurant. Truly a major operation, at that time.

Although some sources indicate John W’s domineering grandfather might’ve coerced him into this, he was nevertheless quite good at running the brewery — the first Hohenadel to really “get” marketing and distribution. Even today, Hohenadel merchandise is sought for its innovative design and unique, artistic compositions.

Who was this guy? Unfortunately, he wasn’t famous enough for the history books, and local historic news sources are drying up. What’s left of John W Hohenadel’s “golden days” in the early 20th century? Just dates and addresses, mostly.

So it’s exciting when we find even a little extra information about this John, and his grandfather — personal details that can help “flesh out” the names in our timelines.

From the Horse’s Mouth

You can’t get more personal than a man’s own grandson! In this case, John Jacob Hohenadel Jr, a Class of 1961 graduate of our own William Penn Charter School on Schoolhouse Lane (aptly named).

About seven years ago, Penn Charter tracked down John Jacob Jr. in New England, and interviewed him for their newsletter piece on the Timmon’s House, the Hohenadel family’s home after they left the Indian Queen Lane house in 1937.

John Jacob Jr’s comments pull back the curtain a bit on the mysterious Hohenadel patriarchy, and provide some neat family insights.

For instance, his grandfather (the brewery owner) oddly favored scotch with his cigars, not beer. He also scored the family beach home in Atlantic City, one block off of Ventnor beach. No word on his gambling habits, but rumor round these parts is that the elder Hohenadel lost the Indian Queen Mansion in a poker game so…. hmmm.

John’s grandfather also maybe-kinda-sorta pressured his son (John’s father) into foregoing his acceptance at Lehigh University and instead attend the “Master Brewer” program at the National Brewers Academy in New York. This career path was extremely unusual for a graduate of Penn Charter — it was pretty much the only time a graduate chose hops over Ivy (League).

But it was a good move: John proved to be a good leader, and successfully shepherded his brewery through the dark days of Prohibition, pulling off a major bounce-back afterwards. Despite heavy competition from national brands, the brewery managed to turn a profit and pay all its workers until shuttering operations in 1953.

Thanks to Sharon Sexton, Director of Marketing Communications at Penn Charter, we’ve reached out to John Jacob Jr. — he’s in his 70’s and living in Connecticut. We hope to interview him soon — stay tuned for more details about the Hohenadels and their brewing days in East Falls.

Got a question for John Jacob Jr.? Email us or add to the comments below…