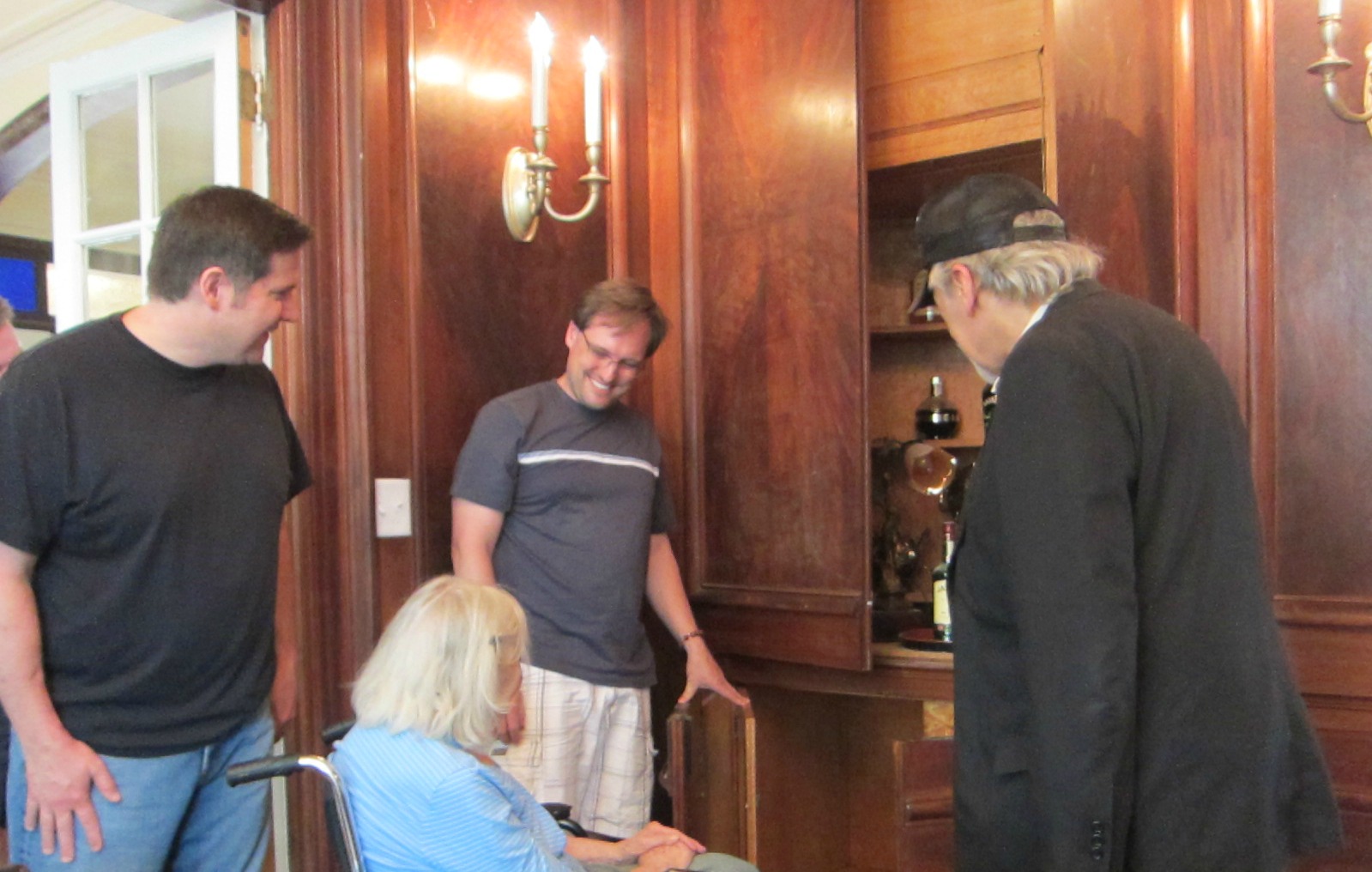 “Sometimes when I can’t sleep, I’ll take a memory tour of the house in my head….sooo many sleepovers and great times there.”

Why would anyone want to leave their very own mansion? The history. The architecture. The empty rooms with amazing details that invite romantic dreams and imaginative enterprises. The possibilities!

A B&B. A brew pub. A museum. A banquet hall. The offices of a welcome center, historical society, community center.

Yesterday, Lawrence Ponzek looked out the 2nd story door of Hohenadel House for the first time in 40 years and asked himself the same question: Why did we ever leave?

Ponzek had so many dreams and pleasant memories in the house. Sitting on the front porch writing lyrics to “some very 60’s songs,” sledding down the hill behind the house to Midvale Avenue, playing the Hammond organ in the sitting room while his father sang along, almost following his brothers into a creepy passageway in the basement that led to Creswell Street. He also had moments where he’d stare at the ceiling of the conservatory and get lost in the sphinx-like characters embossed on it. Why leave, indeed?

“It was the mid 1970s and it was a tough decision. The neighborhood wasn’t that great and you couldn’t tell if it was gonna get better at the time. He pointed across the street at the housing complex on Heywood Street. That was a giant empty lot mostly when we lived here. No houses at all. There was one large apartment complex on it, way back. That was it. And it was always trouble there because the apartments were mostly vacant and gangs wandered through it at night.” “One time, they found out my mom had called the cops (they had a radio scanner tuned to the police channel). When she left the house that night, they threw a torch that just missed her head by a few inches.”

A double murder in 1976 a few doors up the street (still a cold case!) decided the issue for the family. But it wasn’t easy to leave the house, especially for Lawrence’s father.

The day he bought Hohenadel in 1960, he called the family together in the living room and announced “We are never leaving this house!”  Ponzek remembers how every evening, his father’s first step from his work truck was onto the Hohenadel carriage stone on the home’s front curb.

He loved the many colorful neighborhood stories about the place, though he didn’t buy the house because of its historical significance. He came to learn that later, especially the connection to the Hohenadel family. It was a strange coincidence that the Ponzek’s family business, dealing in the spent grains from breweries, should dovetail so much with the previous owners’ livelihood.

Above all, he wanted to pass along the house to Lawrence. “He wanted me to buy it, to keep it in the family. But I just couldn’t.”

Not only was crime a concern, but it seemed like it was about to get worse. The Schuylkill Falls towers still loomed over the neighborhood, contributing to crime and racial hostility:

“There was also talk that there might be other projects started around here. People didn’t know what the city was gonna build here next. It just didn’t seem like East Falls was gonna get any better. You look at it now and see how nice it is, but you couldn’t have known it then.”

No wonder so many Fallsers were happy when the projects came down in December 1996!