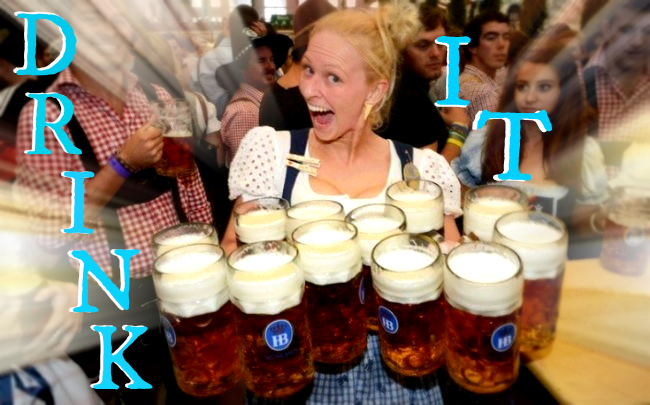 Q: How do you turn German beer into American beer?
A: Drink it. In truth, New World lager is an exciting German-American hybrid: their recipe, our ingredients. American beer at the turn of the 20th century was a proud product of artisanal brewers, made with the best local yeast, hops and malt. Prohibition changed that, when all but the biggest breweries closed, and many local recipes disappeared.

Before the 1920’s, though, the typical pull from any Philly taproom was robust as a Märzen, with the crispness of a Bohemian Pilsener — the result of decades’ tinkering with a recipe quite literally stolen from Bavarian monks, who invented “lagering” beer in the Middle Ages (then spent centuries guarding the secret).

Oh those ingenious Germans! Figuring out how to smuggle yeast from God, essentially. And then somehow they worked out an expat recipe that didn’t just reproduce the original, but actually improved upon it.

Our barley, for instance, was much higher in protein and brewed up nice ‘n clear. Unfortunately, its rich grain notes were overwhelmingly bitter — until brewmasters in the 1850’s discovered sweet corn for smoothing and balancing flavors. This crisp, bready base formed the perfect foil to showcase a brewery’s proprietary blend of indigenous hops with aromatic “noble hops” imported from the Old Country. The result? “American Pilsner-style beer” aka “Pale American Lager” — a uniquely native brew . By the mid 1870’s, our crisp, refreshing lager had surpassed ales and porters in popularity, and was on its way to revolutionizing beer drinking in the US.

“Not so fast,” said Prohibition

American lager was still developing when Prohibition closed most local breweries, halting experimentation & forcing a generation of brewmasters to other professions.

When the 18th Amendment was repealed 13 years later, the Great Depression was in full swing, with WWII on the horizon. Ingredients and skilled brewers were scarce but Americans demanded beer — quick, cheap and easy. This desperate landscape produced the pale bland profile of our country’s signature mass-market brews. Happily, the story doesn’t stop there.

Tom Coughlin’s recreation for the East Falls Historical Society is based on the definitive brewing text from 1902. He used a 19th century yeast strain, and a type of “cluster hops” common in this part of the country at the time. He fermented this recipe in the most “lagery” corner of his basement.

Of course, there’s no way of knowing whether the results actually taste like real Hohenadel beer. Instead, Tom’s hand-crafted lager is a tribute to the traditions Hohenadel represented. A chance to experience the fine German beer that once flowed from the tavern taps of Ridge, Midvale and beyond.

Also: an excuse to celebrate a beautiful local work in progress, the historic Hohenadel Mansion.

As a “Thank You” to East Falls’ helpful organizations and supportive community, owners Sean Hawley and Felicite Moorman are opening their doors for one special evening of food, song and history.

Come celebrate this breath-taking work-in-progress, a true architectural gem in its last stretch to the finish line. Contractor Mike Labetti of MG Labetti Aossociates coordinated countless projects this Summer, but with 4 stories, 5 staircases, sweeping windows and Victorian excess, plenty of Goth-y edges still remain to explore, and inspire mystery (it IS October, after all).