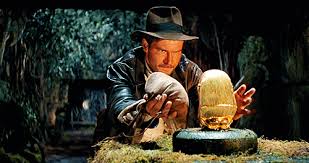 It isn’t Indiana Jones unearthing the Ark, or Nicholas Cage finding a secret treasure map in the U.S. Constitution. But discovering a trove of nineteenth century mortgage documents in a musty church attic sure can make a geeky historian smile.

It can also remind you how lucky you can get. We were lucky to find Marion Johnson at The Falls of Schuylkill Baptist Church. And even luckier that she was the daughter of the church’s unofficial archivist and historian, Marion Welsh.

However, when a photo of Marion’s mom (who passed away years ago) fell to the ground just as Marion opened the first dusty drawer of a forgotten filing cabinet in the church’s archive room, it began to seem like something more than luck was at work. I haven’t been a religious sort for many decades now, but it sure didn’t feel like a coincidence.

Nor did it feel like one when Marion pulled the first sheaf of documents out of the drawer. It was a contract from 1851 between Amos Ellis and Charles F. Abbot!

We’d been searching for weeks for more information about these two men, the earliest known deed holders to the Hohenadel House property, and here was a contract between them. And we’d only been in the church’s archive for two minutes!

And it got better. We found a copy of “William Penn’s deed from the Indians, 1685,” a contract deeding a 70-mile parcel of land to Penn in exchange for all sorts of tools, trinkets, and one “barrell of beer.” Part of that land was “deeded to Charles F. Abbot in January 1851…It is on this part that the Falls of Schuylkill Baptist Church was built.”

Other finds included records that were much older than anything we’d discovered at the Philadelphia Historical Commission or the City Archives. We uncovered mortgage agreements going back to 1800 and several contracts that explained how Charles Abbot had become such a major landowner in East Falls in the mid- to late-nineteenth century.

We uncovered a 1950s newspaper that listed other “lost moments” in East Falls history, such as those from “old timers” who “still reminisce about the great flood when the old red bridge which spanned the Schuylkill was washed down the river, along with chicken coops and out-houses from settlements in Manayunk.”

The newspaper also mentioned the legend of Indian Queen Lane, which was “originally an Indian trail named after an Indian Queen who is supposed to have lived in a house at the bottom of the hill after she abandoned the wigwams of her forebears for the four-walled comforts of the white man.”

Legends, apocryphal stories, and some legal documents that fill in a few holes in our understanding – that’s a great day for us. I’d call it lucky, but I know it depends on much more. Like Marion’s generosity for showing us the archives and telling us something about what we found; Or the perseverance of many others, like Marion’s mother, who kept the archives in tact for more than 150 years.

We thought we were only telling the story of Hohenadel House, but we found many decades of stories in a church only two doors down the road.